Mustangs are a beautiful site and forever part of American history. They roam many areas throughout the western United States. Ranging in almost every color imaginable, these were the horses upon which our country and our heritage were formed.

Mustangs originated from discarded or escaped horses. Sometimes this release was accidental, other times it was on purpose. In many areas, farmers and even the US Government would turn out stallions of a particular type (i.e. draft, thoroughbred, etc) in an effort to “breed” a wild horse more suited for a particular intended purpose.

Today, if you want to own a wild mustang, you can get them from a wide variety of places. One of the easiest and most widely available places is from the Bureau of Land Management. They offer completely wild mustangs at facilities throughout the United States for as little as $25.

But what if you want to do it all yourself? How do you catch a wild mustang?

There are a few different ways to catch a wild mustang. Not all of them are feasible for the average person. They include:

Let’s explore each of these in a little more detail.

3 Ways to Catch a Wild Mustang

1. Lassoing with a Rope

This method is probably the first one most inexperienced horsemen think of when it comes to catching a wild mustang. After all, many westerns have romanticized a cowboy chasing down a herd of mustangs, readying his lasso and throwing it securely around the wild horse’s neck.

You must remember that movies are just that, movies. Is it possible to catch a wild mustang this way? Absolutely. But it definitely isn’t a preferred method for horse or rider.

You see, a truly wild horse has never known the feel of a rope. When the lasso tightens around his neck the horse thinks one thing, “I am going to die.” and most will fight as hard as they can to rid themselves of the pressure.

This reaction to fear can vary in strength and severity. Many mustangs will try and run, at which point your horse either needs to be able to keep up or strong enough to hold the mustang still.

Some mustangs, though, will fight. They may thrash and throw themselves at the end of the rope or even charge you and your horse with their teeth and feet. All of which can be a dangerous situation.

It is far too easy for the mustang to get tangled in the lasso or the horse and rider to get injured in the process. This makes lassoing a wild mustang something that should only be done in extreme emergency situations when there are no other options available.

2. Rounding Up Mustangs with a Chute

Rounding up wild horses with a chute is the most common method used today by both the BLM and others. In this method, a large corral is assembled, usually with panels at least 6′ tall. A funnel or “v” is made with extra panels, to form wings on either side of the corral called a chute.

Often, burlap fabric is used to make this chute even longer and wider. Once the corrals are ready, the next step is to find the wild horses and get them into it. There are two common ways to do this:

Helicopters are often used for true wild horse roundups because the area that must be covered to find the horses and bring them into the chutes is so vast. The helicopter can easily spot herds in the distance, fly to that area and then chase them towards the direction of the chutes.

Cowboys on horses could also effectively round up wild mustangs and direct them to the chutes. This method isn’t used as often because it just isn’t feasible when you are gathering large numbers at a time. For bringing in a smaller herd or just a few horses, horseback would be much more cost-effective than using a helicopter.

Once the horses enter the chute, it get’s progressively narrower until it finally empties out into the corral. Once the horses are inside, a wrangler closes the gate behind them. With the wild mustangs now contained, they can be processed and sent for training or adoption as necessary.

The last method of catching wild mustangs is using a water trap. This is the slowest method but is also the most humane. In many areas where wild horses roam water is scarce. Sometimes so much so that wild mustangs can even die of dehydration. In areas like this, where water is hard to find, a water trap can be a great way to catch a wild mustang.

For this method, a large water tank is placed and kept full. For the first few days or week, it might be just the water tank. Eventually, though, corral panels are added to surround the tank. For another few days the horses are allowed to go in and out as they please.

Finally, when the time is right, the horses go into the corral to drink and the gate is closed behind them. This method is the least stressful for the horses as they have not been made to run or scared into the corral. They have gone in there naturally.

Here is an example of a BLM Water Trap:

Is It Legal to Catch a Wild Horse?

In most cases, it is not legal to catch a wild horse. Doing so requires specific permission from the landowner on which the wild horses roam. For mustangs on Federal land, the Bureau of Land Management typically handles the gathering and removal of excess wild horses.

Wild horses do exist on other lands as well. There are a wide variety of wild horses in the United States. (source) These include:

In each case, specific permission must be obtained before attempting to catch a wild horse.

All things considered, it is much easier to adopt one that has already been captured and received basic health care by the BLM. That way you know exactly what color, gender, and possibly even height of horse you are getting. You also know the approximate age and get a health history with vaccination and deworming dates as well. These horses are still “wild” and can be completely gentled by you.

2 thoughts on “How to Catch a Wild Mustang” 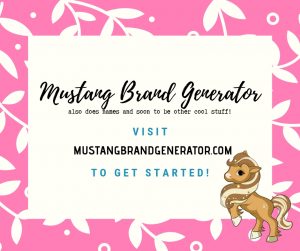 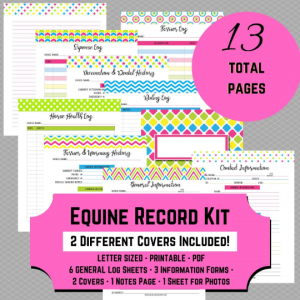 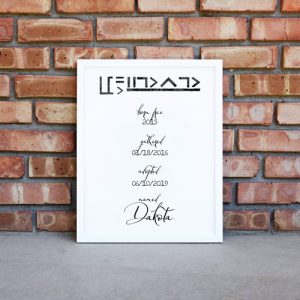